“Remember those who died to give us the right to vote.” I hear this (or some such derivative of it) all the time here in Texas, especially in the fall. Needless to say as much as I love my state I also see it as a good opportunity to develop my patience skills daily. Sometimes hourly. The people saying it invariably mean: thank the military, as if that is the main goal of the military complex. And as if the biggest threat, historically and presently, to our voting rights is some shadowy foreign power we need the military to protect us from. The truth is and was darker than that. 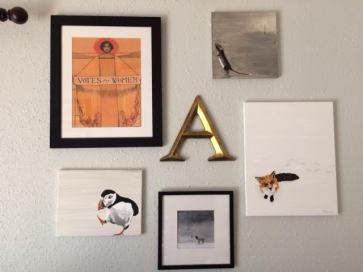 I don’t know how many other 35 year olds have a 1917 “Votes for Women” poster on their living room wall, but this one does. I guess the fact that Raggedy Ann has been around for 9 years longer than my gender has had the right to vote just strikes home for me. So when I remember “those who died to give me the right to vote” I remember Mary Paul who fought and died to help give me, female that I am, that right. Women and men were beaten, tortured, and imprisoned for trying to give women the vote. Mary died for it. So I don’t care if you spend 3 hours on that ridiculous nail art- those nails should be clicking against the screen in a voting booth when you have the chance! 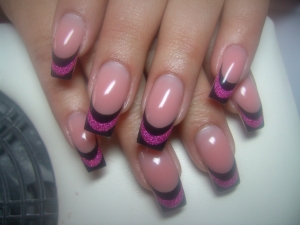 (Seriously. I don’t get the nail art thing. At all. Sooo at all. But whatever, I’ll protect your right to waste your time if you want! Freedom!)

I also remember all the people who died spreading the right to vote; including James Earl Chaney, Andrew Goodman, and Micky Schwerner who were murdered in 1964 during Freedom Summer. 1964. That means people were killed for trying to bring the right to vote to their fellow citizens a year after the computer mouse, Weight Watchers, and Brad Pitt came into existence. Why do I care so much about that? Because by god if you have to be touched by injustice yourself before you’ll care about it that makes you a terrible person!

History should be faced with open eyes, not squinted at sideways through pink Oakleys. Which are ugly anyway but that isn’t the point. The truth is that those who died to protect our right to vote were our fellow citizens and they were killed… by our fellow citizens. But by god, look who won! It was at such a terrible price, though… and I don’t forget.

Cats and Trails and Garden Tales

Mindful, Seasonal Living in Middle England - with a family of seven

This is the story of building a cottage , the people and the place. Its a reminder of hope and love.

The Task at Hand

A Writer's On-Going Search for Just the Right Words

Growing and harvesting a bounty of blessings in my potager.

learning, growing, and learning more -- life on the Olympic Peninsula

Yeah, it's work, but it's less work than grass and far more interesting.

— find your next great read —