Here is a picture my 2nd oldest/2nd youngest took almost 2 months ago at the beach- just wanted to share. Love the colors! Love the composition! So art-y!

Got a baby slowly talking herself awake over here- Happy Friday! 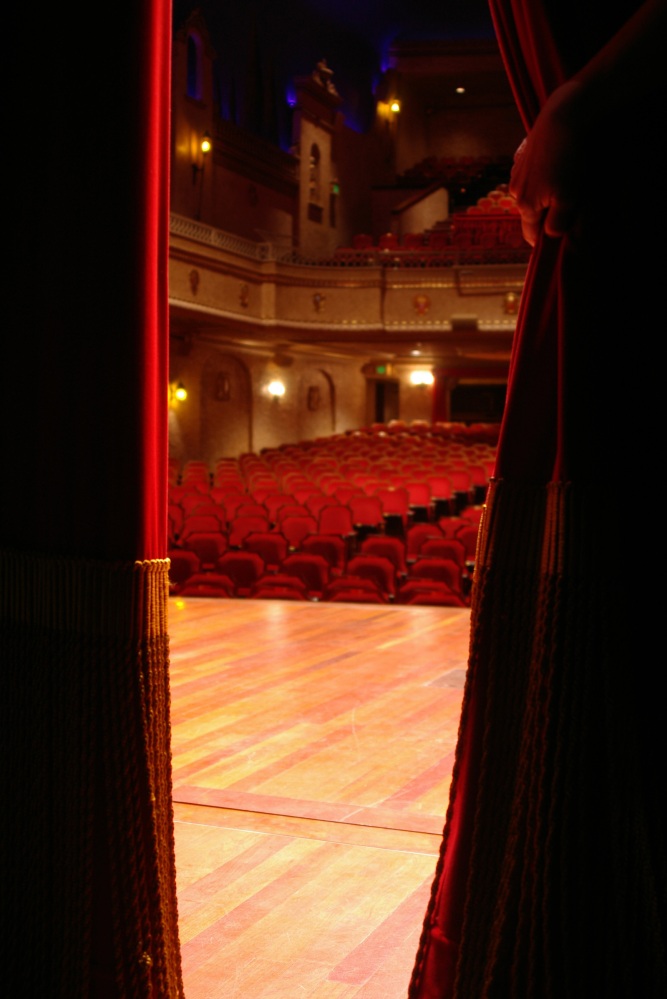 There was a point when I was shy- or described that way, at least. 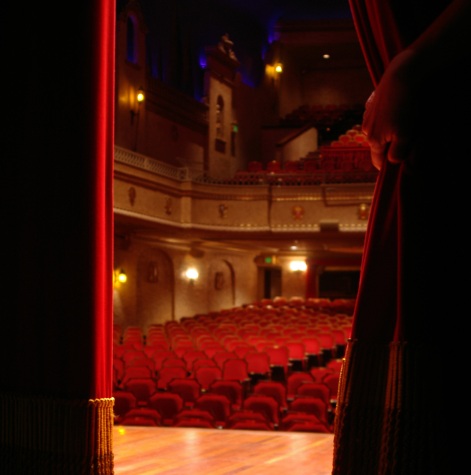 The gradual loss of most of my sight from 6th to 8th grade played a big role in eroding my self confidence. Friends and I drifted apart.  Hormones betrayed me and I became super sweaty- even though I tried everything to not be. I was growing out a terrible haircut and had holes in my shoes and weird pants. I was 5′ 7″ and towered over everyone for a few years there. And I was more interested in space than in New Kids On the Block. From a peer perception standpoint all of those things matter in middle school. They matter a lot.

It got to a point where my words just stayed constantly locked in my head and I started getting described as shy. And I was meek now too- because it’s hard to fight all of that all the time. Tiring. A boy I had a crush on spit on the ground in front of me once, so that he and his friends could laugh about how the weird girl stepped in spit. I just kept walking, head down and shoulders so slumped they might have been trying to meet in the middle. (Crushing- in the original sense of the word. At least I had the good sense to stop liking him after that) I was just generally having a difficult transition from child to whatever the hell it is that comes after. It’s hard being a teenage girl, let me tell you.

I had been an outspoken and strong willed younger child, I vaguely recall. But I had become really isolated and awkward. And one day- I decided to do something about it. I signed up for Theater Arts in 8th grade. I didn’t join because I thought it’d be fun- I knew it’d be a slog. I joined because I didn’t want to be like this forever. I needed to learn- not how to act differently- but how to be okay with being different, maybe? To find A voice, even if at first it wasn’t mine. To force myself to make a change, maybe? Something. I knew it’d help.

Now, I am NOT a theater fan. I have an intense dislike for it, actually. And oh, did my contempt show- that teacher hated me and I hated him right back. And I was so odd-man-out on that front because the rest of the students loved him. That was another revelation- I’d never disliked a teacher before. I’d never been disliked by a teacher before. I learned a lot that year, let me tell ya. (Years later I’d mention how much I hated that guy and people would gasp because he’d been their favorite. That happened more than once.)

But I worked hard in that class because I’d be damned if I was going to be behind the scenes- I wasn’t there to learn how to work lights or open curtains- none of that stagehand shit for me. So even with the teacher’s intense dislike of me… I could remember lines. I could project. I could do more then stare at the ground while grinding my toe in a circle… and so I got pretty prominent parts even if I’d ignore occasional stage directions. He never gave me the parts I wanted, mind you. Not even once. But what the hell did I care? I hardly wanted the ones I wanted, after all. And that part about ignoring stage directions? That’s why that teacher hated me. I remember once my character was some vapid movie actress- sister of the main character- but during this long ass speech I had to recite I wouldn’t use a compact with a brush to touch up powder on my nose like he wanted me to do. (Everyone knows you use a puff for that, you evil twink) He threw a god damn desk because of it during practice.

The true lesson  was not that I was shy- it was realizing just that I had gone quiet. There was a difference, and it was an important one to learn.  I’d still be awkward for years though- don’t let me pretend I wasn’t. But “quiet” and “meek” got crossed off the list before I started high school. I was on my way. I’d learned my lesson.

“Turn of phrase” is my favorite turn of phrase. That stupid sentence has been running through my head on repeat for about a week.

I wear my Cracker shirt too much. Does anyone know that’s a band when I’m wearing the shirt? And I always realize I’m wearing it at really inappropriate times. Packed Mexican restaurant? Fan-tastic.

Eyelashes are there to keep things from falling in my eye… but the only thing that ever falls in my eye are eyelashes. Tidy little loop, that.

Fugitive– When I was little we were members of the Irish Cultural Society. Which- let’s talk about this. We’re mutts. Sure my grandmother is an O’Shannessy, but we’re SMALL percentages Irish (my Dad a quarter, me at most an EIGTH)- it’s odd to me that we so picked and chose to play up only certain bits of heritage. Other members of the larger family emphasize the German, even smaller percentages. I guess we all want a bigger connection, but we do it through the denying of other parts of our heritage. It’s weird.  But at 6 I had no idea about any of that- and so gladly attended Irish Cultural Society meetings. And my parents befriended a guy from Ireland named Jody at the meetings. Who my parents said told them he was IRA once. Now I, to this day, can never figure out if an IRA fugitive was smart to join an Irish Cultural Society (“I’ll hide out in plain sight!”) or if he was just rock stupid. So. Yeah. Weird, right?

Prayer– Never done it. Not even when my daughter was in the hospital over Christmas many years ago, seriously and  frighteningly sick. I never cried out for a higher power to save her, save me, save us. I never reached out even questioningly. I knew any questing for a higher being would just be the crying out of a scared child, alone in the dark, for a parental figure to make it all better. But there is no sky parent behind the veil of darkness. There was only us, doing our best out here on the mortal coil. And I was strong enough to face that. It was that experience that made me an Atheist with a capital A.

Blinking– I wear contacts because I am BLIND without them. 350/20 blind, last I checked. Can barely see the line under the big E on eye charts blind. And contacts are amazing. Truly, the change they make in my life- it’s up there in the miracle department. But that means even the most innocuous blink can be fraught with danger. I take care with my blinking. And eye rubbing. And swimming. Because blindness… it’s only a blink away.

Dancer– I am an AWFUL dancer. I have no sense of rhythm at all. It’s a problem. I actually think that comes from growing up with a Dad who was a musician and lead vocalist in his band. I grew up listening to his words in songs- it’s still how I listen to music. And yet other people listen to baselines in music, or the music as a whole, turns out. It’s hard to dance to the words, I guess. Or maybe it’s because I never had a Dad to teach me to dance, because he was always the one on stage? Maybe a little of that to. But I try. Also, Dancer was the name of the miniature poodle I had when I was a kid. First example of “I’m a big dog person” turns out- because she and I never much cared for each other. The little shit. 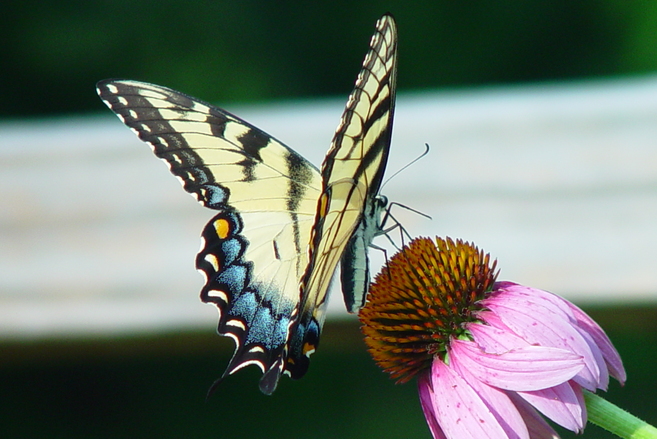 Long ago, in a galaxy far, far away… I remember helping my cousin Jennifer collect bugs  once for a school project. And now that I think of it- she was homeschooled so how the hell did that work? Anyway. I caught a huge red wasp in a tupperware container- and it beat against the lid like a drum. And there were a few beetles, maybe a June bug? All I remember is the wasp really (for obvious, scare the hell out of you reasons) and that I was SO good at catching bugs she put me in charge of the jar. (Gee… thanks? Is white-washing the fence fun too?) But anytime she would point out a butterfly I’d only pretend to try to catch it and shoo it away instead. At the end of the day we had enough bugs for her collection and not a single one was a butterfly. I was 10.

And today not only do I grow plants in my garden to attract and feed the adult butterflies I love so well, I grow host plants for their caterpillars to eat too. And while some of the caterpillars are cool, some really display the depth of my devotion because they… well they’re not cute. I have a key lime tree which is the host to my favorite butterfly, the Giant Swallowtail. Who’s caterpillar is basically bird poop. Think I’m kidding?

And then that thing turns into this…

And I really don’t know why the story was about an ugly duckling turning into a swan… because bird poop turning into a butterfly wins that competition ALL day long.

Follow the something garden on WordPress.com
Join 391 other subscribers